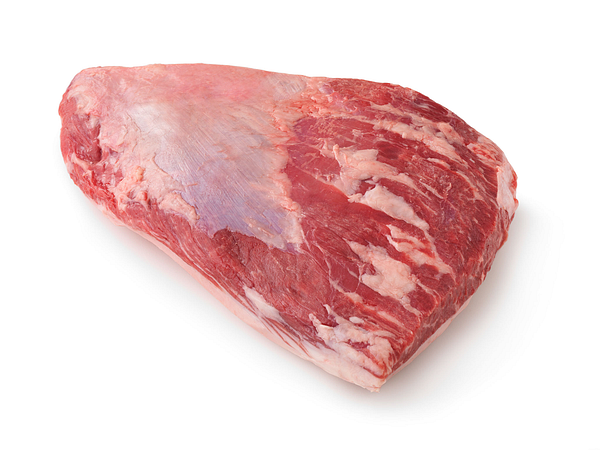 Butcher's like to miss it, we don't.  This is a very rare roast cut from the top sirloin of the cow.  It's basically like taking a sirloin steak adding a bunch of fat, and making a roast out of it.  There's only 2 per animal, and you won't be disappointed. This cut is also known as the Picanha. We leave the fat on!

This cut is great for grilling and feeding a crowd. Make sure you start with a hot grill. Place the roast fat side down until a nice char begins to form. Rotate as needed until you have a nice crust and the internal temperature hits 130°F. Remove from the grill and let it rest at least 15 minutes to let the juices redistribute. As with all cuts of beef, make sure you slice against the grain. If the Coulette is overcooked or sliced incorrectly, it can become chewy.

The Coulette is an incredible cut of meat from the back end of the beef. It sits on top of the round near the back legs and is often neglected by lazy butchers. This hard working muscle develops great flavor, but make sure not to cook it too much.